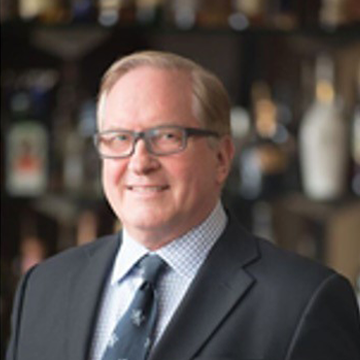 When the November 2020 elections shifted political power in Washington, DC to the Democratic Party, there were high hopes that dramatic strides would be possible toward national cannabis legalization.  NACB and other industry trade organizations are energized by the prospects for real reform, so let’s take a closer look at major pieces of legislation now that we’re almost four months into the new year.

The U.S. House of Representatives got off to a good start this year by passing the SAFE Banking Act on April 19.  This bill, which is strongly supported by the cannabis and banking industries, prohibits a federal regulator from penalizing a depository institution for providing banking services to a legitimate cannabis-related business. The SAFE Act has strong bipartisan support in the House, with most Democrats and over half the Republican members voting in favor.

A broader reform bill known as the MORE Act passed the House December 4, 2020 which was the first time either the House or Senate had ever voted to legalize marijuana.  In short, the MORE Act would decriminalize and deschedule cannabis, provide for reinvestment in areas adversely impacted by the War on Drugs, and provide for expungement of certain cannabis offenses.  It passed the House on a party line vote with only six Democrats voting against and five Republicans voting in favor.

As usual, passing a controversial bill through the U.S. Senate is more complicated.  Due to filibuster rules that could require a 60-vote majority to succeed, the Senate has never held a vote on the MORE Act.  With several Democrats either against or uncommitted on removing federal penalties related to cannabis, hopes would seem to be dim for passing MORE, as well as an ambitious legalization package being developed by Senate Majority Leader Chuck Schumer (D-NY).

And a role for the White House?  President Biden, while he has affirmed his support for decriminalization and the states’ autonomy to act on their own, it remains that cannabis is not among his administration’s top legislative priorities.  This is not surprising to anyone who knows his career-long position on criminal justice and drug policy.  It is disappointing, however, to many who hoped his choice of Senator Harris to be his running mate signaled a shift to a pro-cannabis stance.  At a minimum, the President deserves understanding for all the domestic and foreign policy turmoil that every new president confronts.  He can’t do everything at once.

The pro-cannabis lobby in Washington, DC, including NACB, is looking for acceptable compromises that could rally enough Senate votes – including Republicans – to push a full legalization bill over the top.  The likely vehicle for this is the Schumer legalization package which is still in development, and he has said he is open to any compromises needed to get it passed.

The National Association of Cannabis Businesses is the only organization in U.S. cannabis whose members are vetted as being responsible, trustworthy and compliant.

Copyright ©2019 NACB. All rights reserved.    Privacy Policy   Terms of Service
The NACB does not assess and is making no representations or warranties concerning the quality, safety or suitability of the products and services offered by members.
NACB members pay the NACB to undergo the NACB’S vetting process and to maintain their status as NACB members.